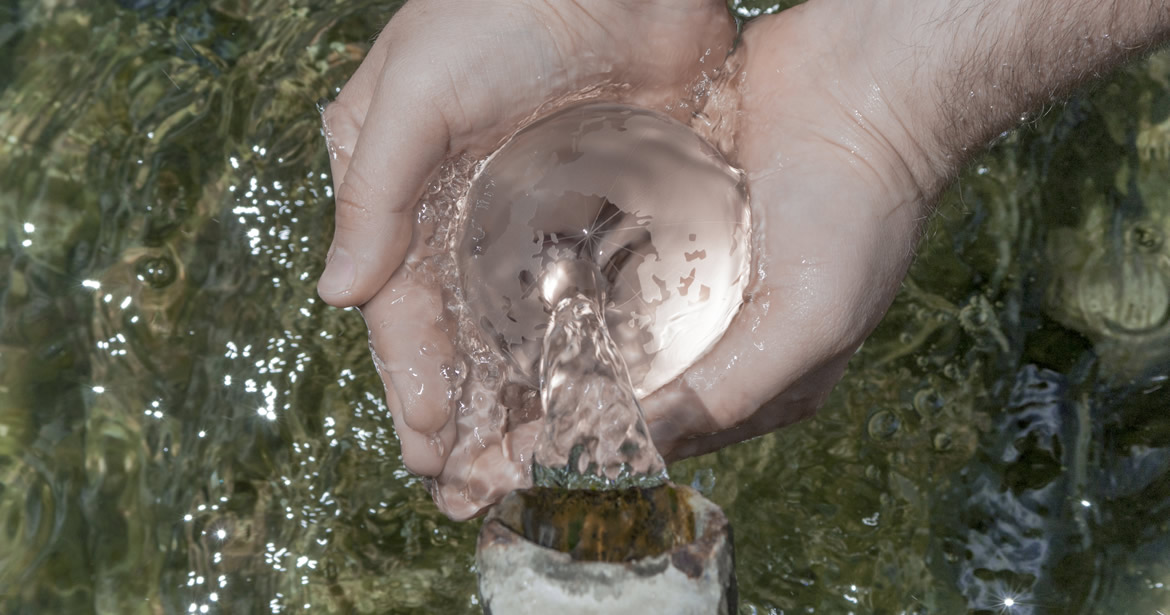 Did you notice those peculiar transparent pouches that were handed out to quench the athletes’ thirst at the London Marathon? They were edible water bottles, invented by a team of young Spanish engineers that won the Luxus Design Award for the invention.

An object certainly in tune with the times, and increasingly used in sports competitions to replace the more polluting plastic bottles. These pouches, in fact, as well as being edible, decompose in the environment within 4-6 weeks.

But let’s get into the details. What’s the product called and what are its features? The container, known as Ooho, is made of a gelatinous membrane that can be ingested in total safety, or thrown away. This membrane, that costs around 2 Euro cents per piece, is made from seaweed and sodium chloride. As well as containing 5 times less carbon dioxide than other containers, it keeps the water always fresh!

But where did this idea come from? As previously mentioned – from the brilliance of three Spanish engineers, Rodrigo García González, Guillaume Couche and Pierre Paslier who decided to replace plastic bottles with a more eco-friendly solution. Every single sporting event, in fact, had left a trail of plastic bottles along every stretch of the route – an incredible amount of waste. Something that isn’t sustainable from an environmental point of view.

Certainly a great idea! The aim now is to disseminate it on a large scale and to make sure that the product is distributed not only at marathons but also in other contexts, initiating a real plastic-free process!